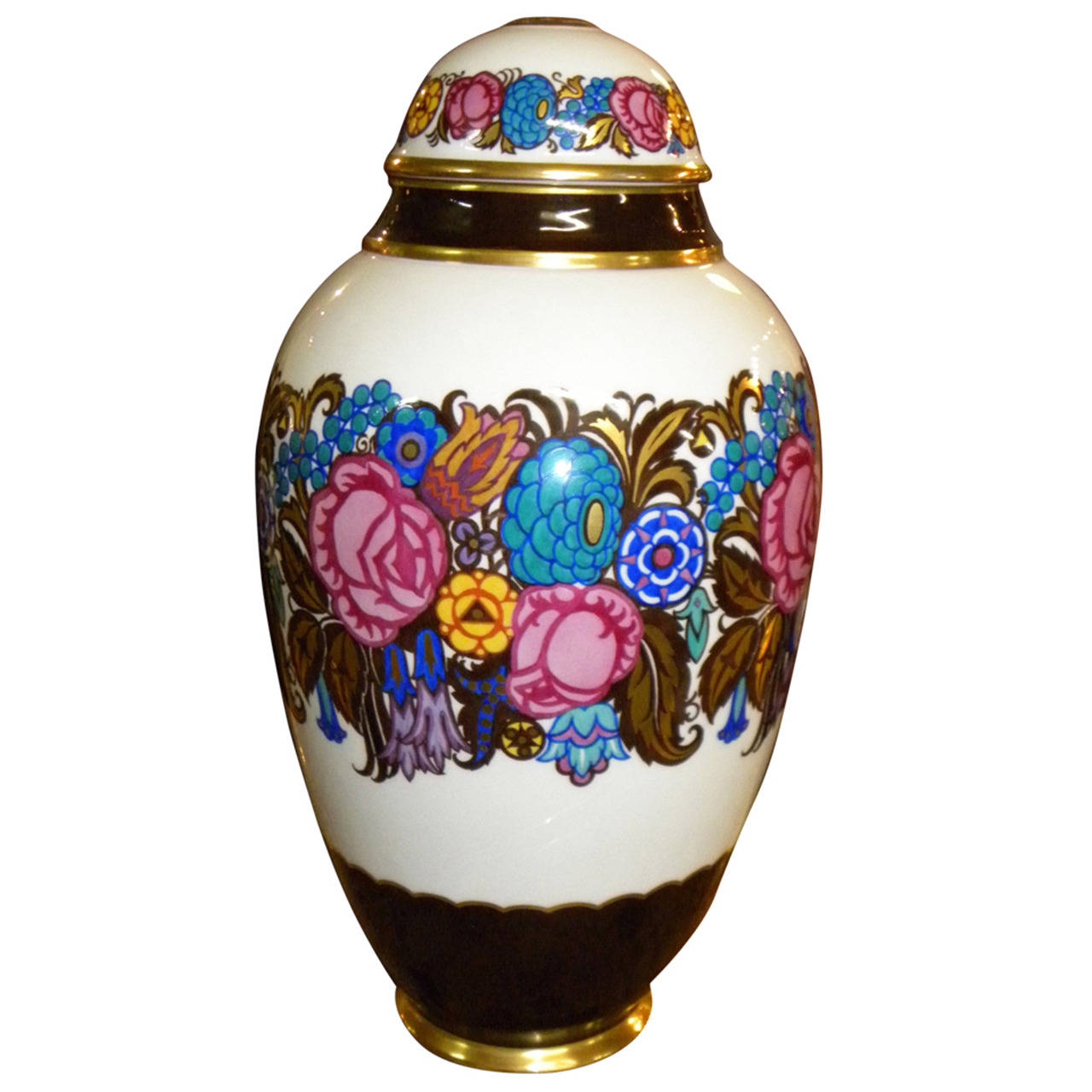 This German porcelain jar with lid bears the stamp Lorenz Hutschenreuther, Selb, a Bavarian company with a long history dating all the way back to the parent company which was founded in 1814. An unusual example with a strong Art Deco point of view, this dates from the late 1920s. Stylized flowers and a touch of gilding make this a decorative as well as useful piece.

Lorenz was the son of C.M Hutschenreuther and when he began producing ceramics and fine dinnerware, rather than joining his father’s long established foundry he began his own and the two remained in competition for over 100 years.The companies eventually merged in 1969 . Lorenz is most well known for tableware, animal figurines and decorative objects and is considered to be in the same genre and quality as Haviland and Wedgewood. Occasionally dipping into Art Nouveau and Art Deco patterns, this one was created by Professor Fritz Klee, a pioneer of modern porcelain design.

Klee (1876-1976) was professor at the Royal School of Industrial Porcelain in 1908, winner of several prestigious Exhibition Awards, designer of the German Pavillion of the 1910 Brussels World’s Fair and was also the designer of the Hutschenreuther brand which features a regal lion in a circle with the initials L.H.S. Klee’s work often features geometric floral patterns, a touch of gold on bright white porcelain. Difficulties with the Nazis forced him to retire in 1939 but remained in Stuttgart for the remainder of his life.