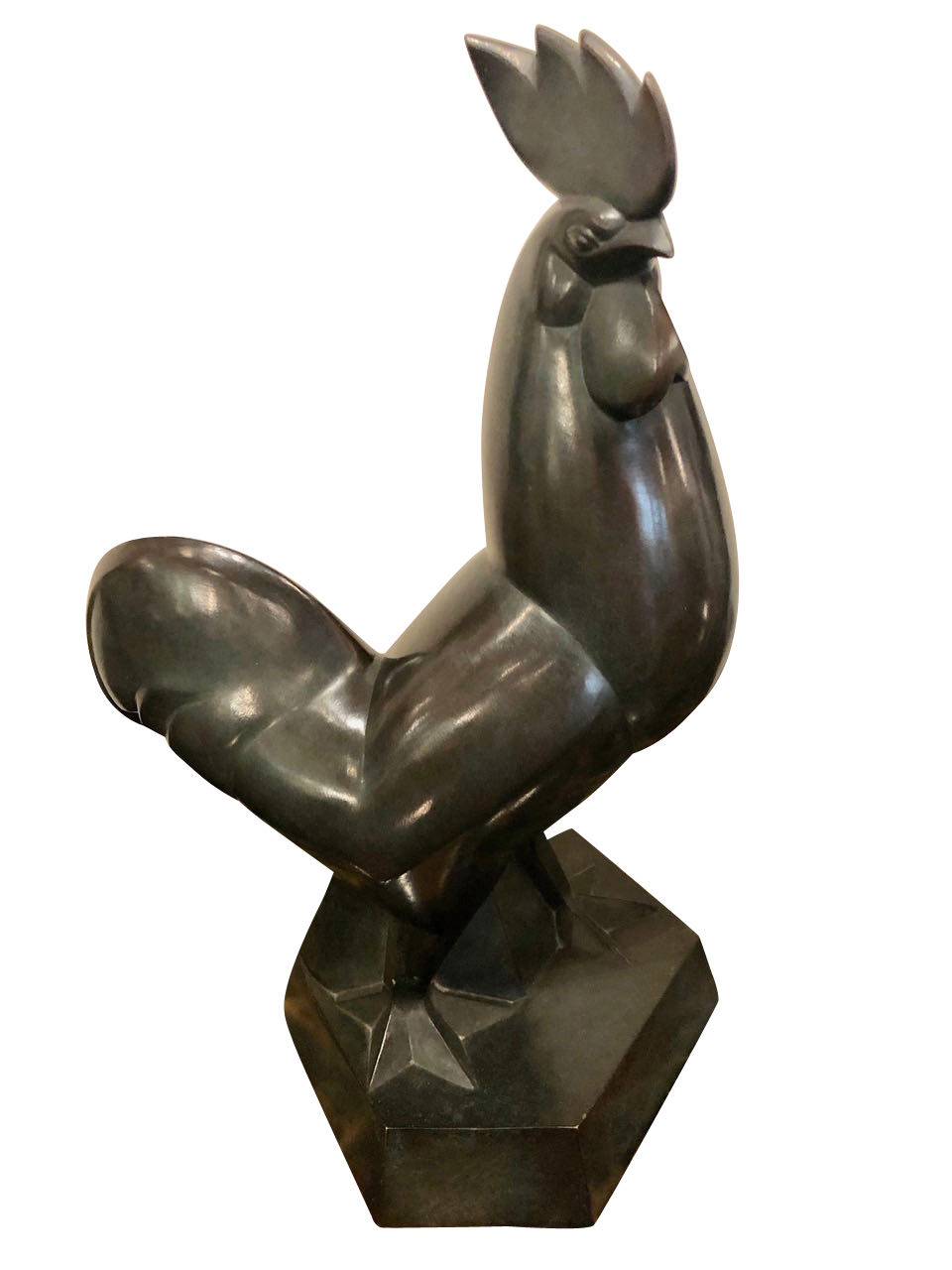 Original bronze by Jan and Joel Martel. Image of a stylized cubist rooster or “Coq”. Rare and famous animal piece in bronze made by Susse Frères foundry from Paris, signed, sealed and number 1 of 8, circa 1925. These amazing art deco artists had an unusual and interesting working relationship as brothers (read bio below). They were able to synthesize cubist, realisim and classic interpretations as sculptors, painters and fabricators. Signed  J. Martel in the bronze, this is an excellent and rare piece in original condition.

People always ask how many were made of this piece. As you can see from the foundry mark this is one of eight made.

Shown here: a ceramic version shown in the most important book on brothers Martel’s work. 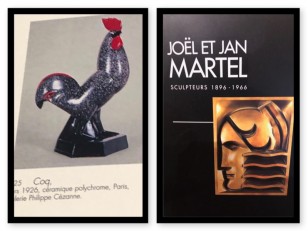 Jan and Joël Martel (5 April 1896 – 16 March 1966) were French sculptors. The twins were born in Nantes and were among the founding members of Union des Artistes Modernes (UAM). Their works include ornamental sculptures, statues, monuments and fountains displaying characteristics typical of the Art Deco and Cubist periods.

Sharing the same workshop, their jointly created works were co-signed simply Martel. The brothers took part in a number of Paris exhibitions including the Salon des Indépendants, Salon d’Automne, Salon des Tuileries and the Exposition des Arts Décoratifs in 1925, where their concrete trees featured in a collaboration with architect Robert Mallet-Stevens. In 1932, they created the Claude Debussymonument which sits on the boulevard Lannes in Paris. Between 1924-1926, Robert Mallet-Stevens designed a studio for the twins at 10 Rue Mallet-Stevens in Paris’ 16th arrondissement. The brothers died in 1966,

about six months apart from each other, one as the result of a long illness and the other in an accident.

On 8 April 1945, before the war had actually ended, Antony became the first town to pay homage to its liberator by giving the name of Division-Leclerc to one of its streets. The Martel Brothers were selected to create a memorial in honour of Leclerc. The statue, at the time figurative and stylised, represents the hero marching away from the screen of the piece which maps the route of the military from 1941 until entry into Paris.