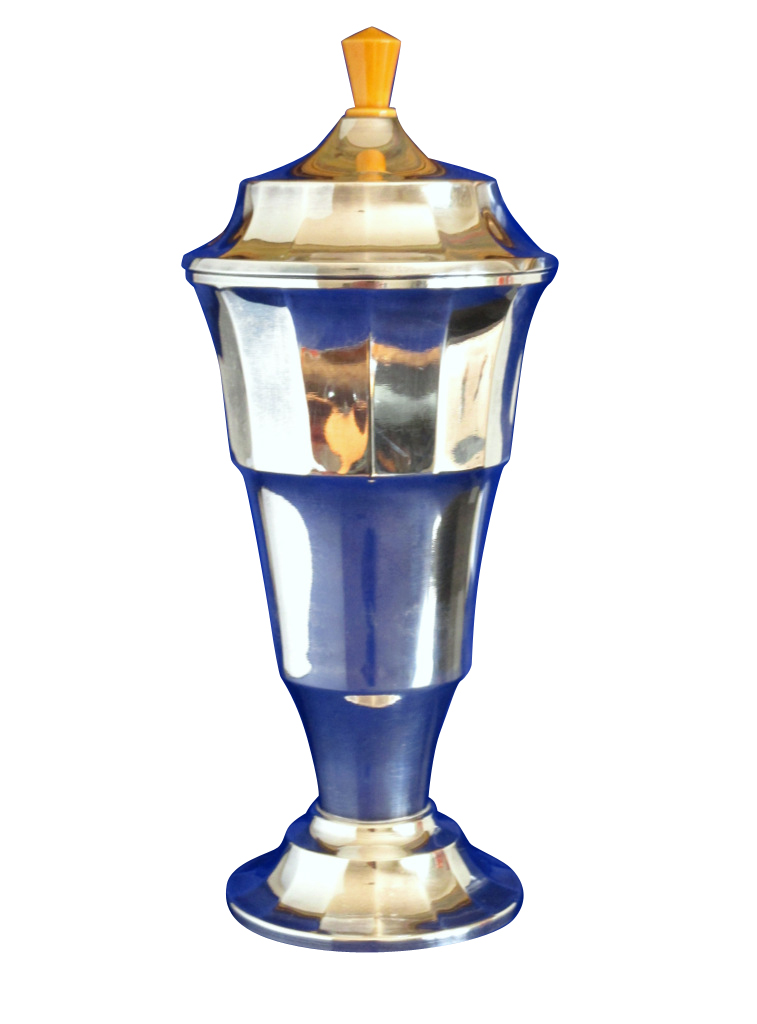 ARGENTOR, Rust & Hetzel, Vienna, Silverplated Urn with lid and yellow Bakelite finial, in the manner of Josef Hoffmann. The goblet was created by ‘Argentor’ in the early twenties, most likely after a Wiener Werkstatte design by Josef Emanuel Margold. The goblet is signed and numbered. It is also in absolute ‘Vintage-Mint’ condition ! The finial is made of yellow bakelite.

The design of this covered urn  might very well be influenced or created by Josef Emanuel Margold (1888-1962)  a distinguished designer from the first half of the 20th century.

The Argentor-works were, at that time, one of the largest manufacturers for metal products of the Viennese Jugendstil Movement. They produced not only silver cutlery, bowls, centrepieces, tea and coffee services, but also home furnishings such as frames, clocks, electric lamps and vases. Of particular importance were the silver plated mounts, which were assembled for the famous Art Nouveau glass maker Johan LOETZ, who collaborated with Argentor. The company was very successful and produced hundreds of models for worldwide export. Among their customers, were not only the upper class and the aristocracy, but also the imperial court. For their services, the holders Georg Ferdinand Rust and  Adolf Wilhelm Hetzel  F received the title of Imperial Purveyors.