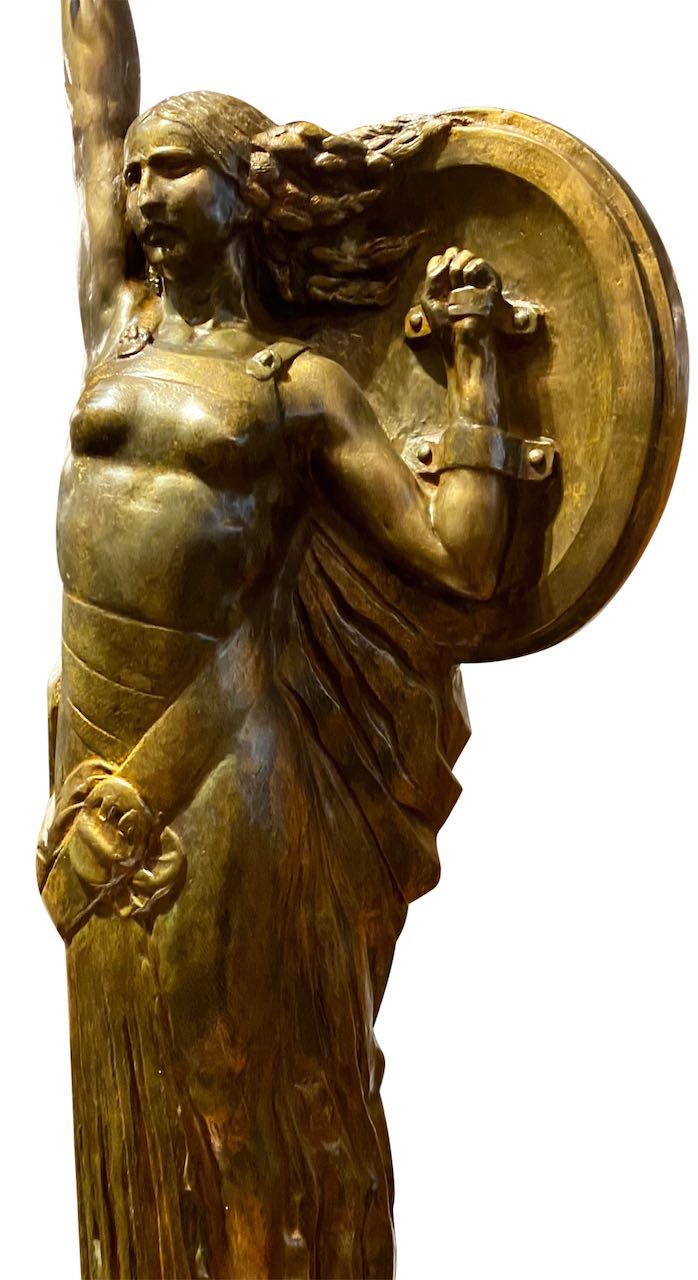 Bronze Statue of Gloire, a Woman in Tribute by Jules Bernaerts

The bronze  ”Gloire” is a statue by Jules Bernaerts based on his full-scale Monument des Fusiliers Marins Francais done in 1934 as a tribute to the French riflemen Marines of WWl who defended the region of Melle. It is part of a structure built by architect Willy Van Hove, and while the sculpture has a distinctly fluid, Art Nouveau feeling referencing the era of the war years,  it is set upon a structure with a gilded inscription done in a streamlined, moderne style.

The bronze” Gloire” we are offering for sale is a  striking, powerful and beautiful rendition of that grand statue with a dappled patina, mounted on a marble base.

Jules Bernaerts was born 1882 Malves, Belgium. He studied at the Acadamie de Bruxelles, exhibited at the 1903 Salon Triennial des Beaux-Arts. He worked in Belgium until 1914 when he took up residence in England. He is known for his female nude sculptures and for his life-size monumental public statuary.

Here are images of the monument in Melle 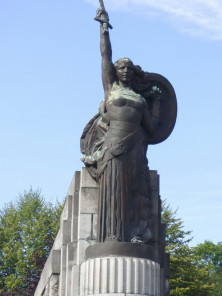 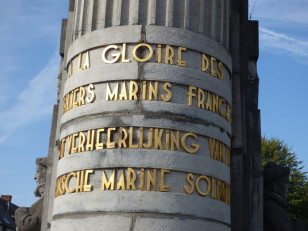 This is the inscription on the monument- written in French

Like the sea that sang in their souls,
They were grand with simplicity
Defending here their homeland and ours
Their ashes among us are not in exile