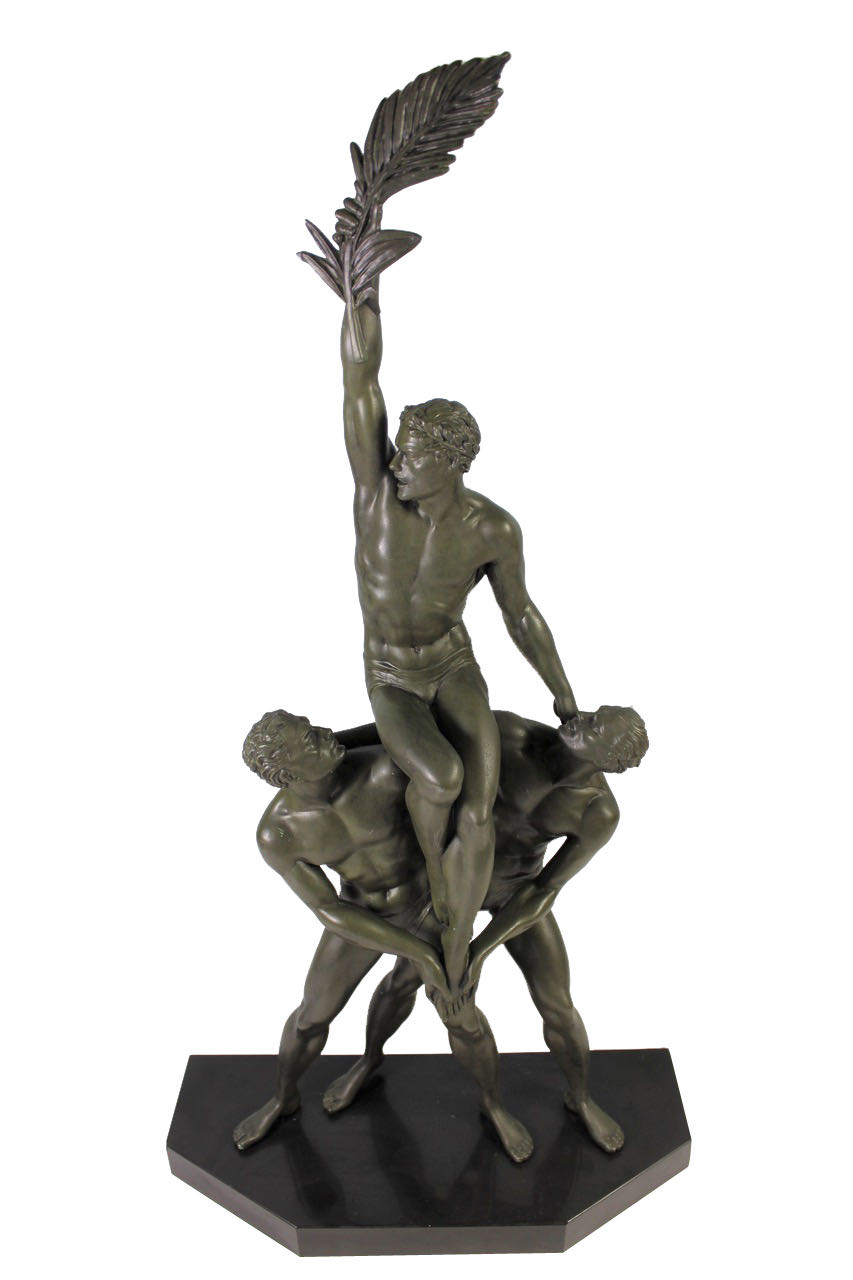 Originally produced circa 1925, the year after Paris held its second Olympic Games, it depicts three male athletes, two of whom are supporting the victor on their shoulders.  He wears a laurel wreath around his head and in his raised right arm proudly holds a palm frond as a symbol of  peace, triumph and eternal life.  The palm leaf was one of the most common attributes of victory in ancient Greece.

Cast in high quality art metal at the Le Verrier foundry and with  bronzy green patina. Set on a six-sided black marble base, signed Le Faguays in the marble. 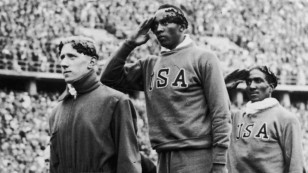 Pierre Le Faguays was born in Nantes, France and became famous for the originality he gave  the subjects of his work – many of which were dancers, and  inspired by the statues of Tanagra. He gained a medal of honour for his work in 1927. He was a best friend of Max Le Verrier and the Le Verrier foundry produced most of his pieces. He used 2 pseudonyms as well as his own name and they were Fayral and Guerbe which were the family names of his mother and his wife and those  signed Guerbe were actually done by his wife Raymond Guerbe. He was a leading sculptor and his work is frequently praised for its high quality and attention to anatomical accuracy. He also produced designs for Goldscheider in Paris under the “La Stele” label. He worked in several mediums including ivory, bronze, spelter, stone, wood, alabaster and ceramics. Max Le Verrier, Marcel Bouraine and Pierre Le Faguays all studied together at the Beaux Arts in Geneva and remained life-long friends and colleagues.