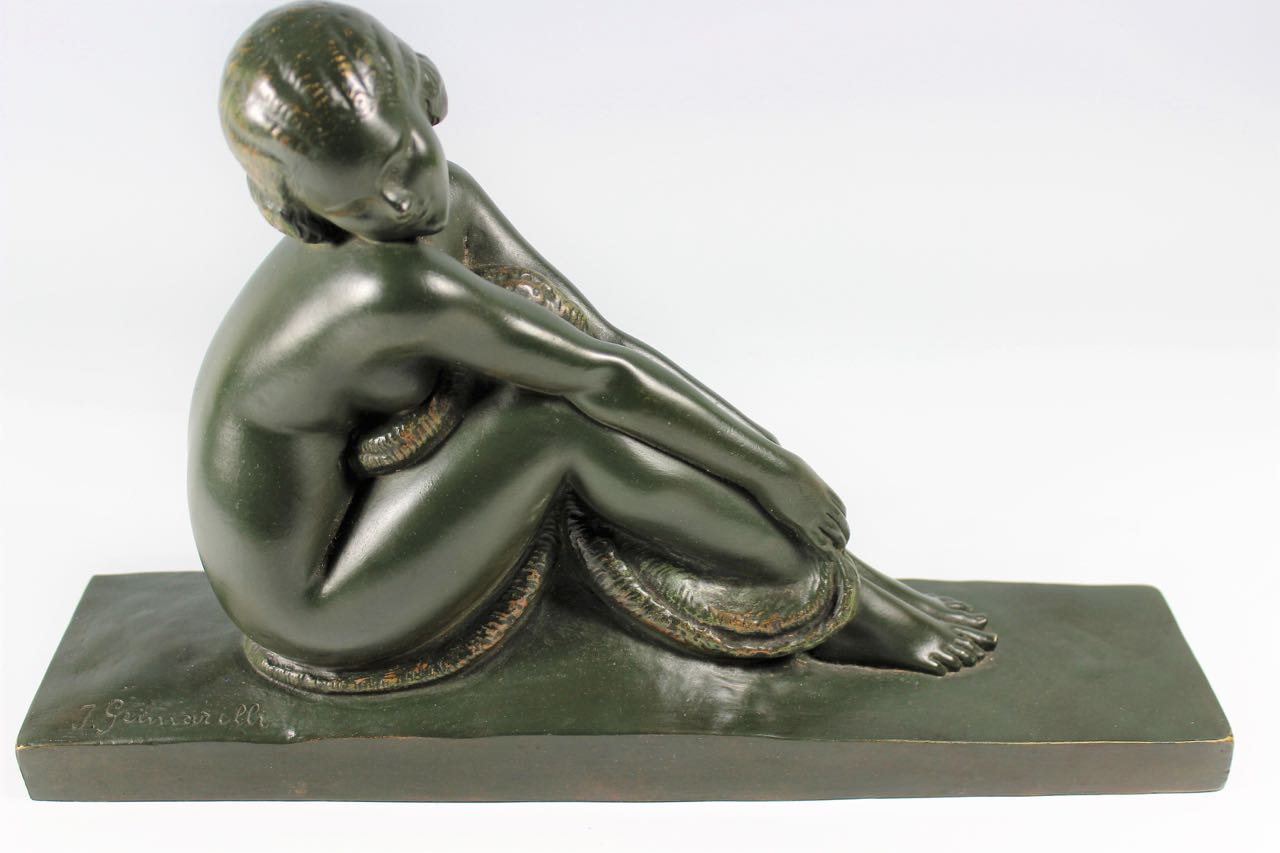 An original patinated bronze nude by Amedeo Gennarelli circa 1925. This demure young nude model, depicted seated with knees raised and her head resting on her shoulder. A deep green patina signed in the cast ‘A.Genneralli’.

Amedeo Gennarelli (Naples 1891 – Paris 1943) was an important Italian sculptor during the art deco period in France. A student of Francesco Jerace, in 1909 he went to Paris where he contacted the great sculptors and artists of the period. From 1913 to 1936 he exhibited marble pieces at the “Salon des Artistes Francais”, winning a bronze medal in 1923. He also produced many bronze and terracotta pieces, some of which were sold through Alfred Dunhill in Paris and its branches in London and New York. He also produced a large number of monumental sculptures. In 1932 he was an exponent of the Neoclassical School and founder of the group of neoclassical sculptors in Paris. Because  he was one of the notable advocates in France for a new  figurative language in statuary. his work is highly collectable.