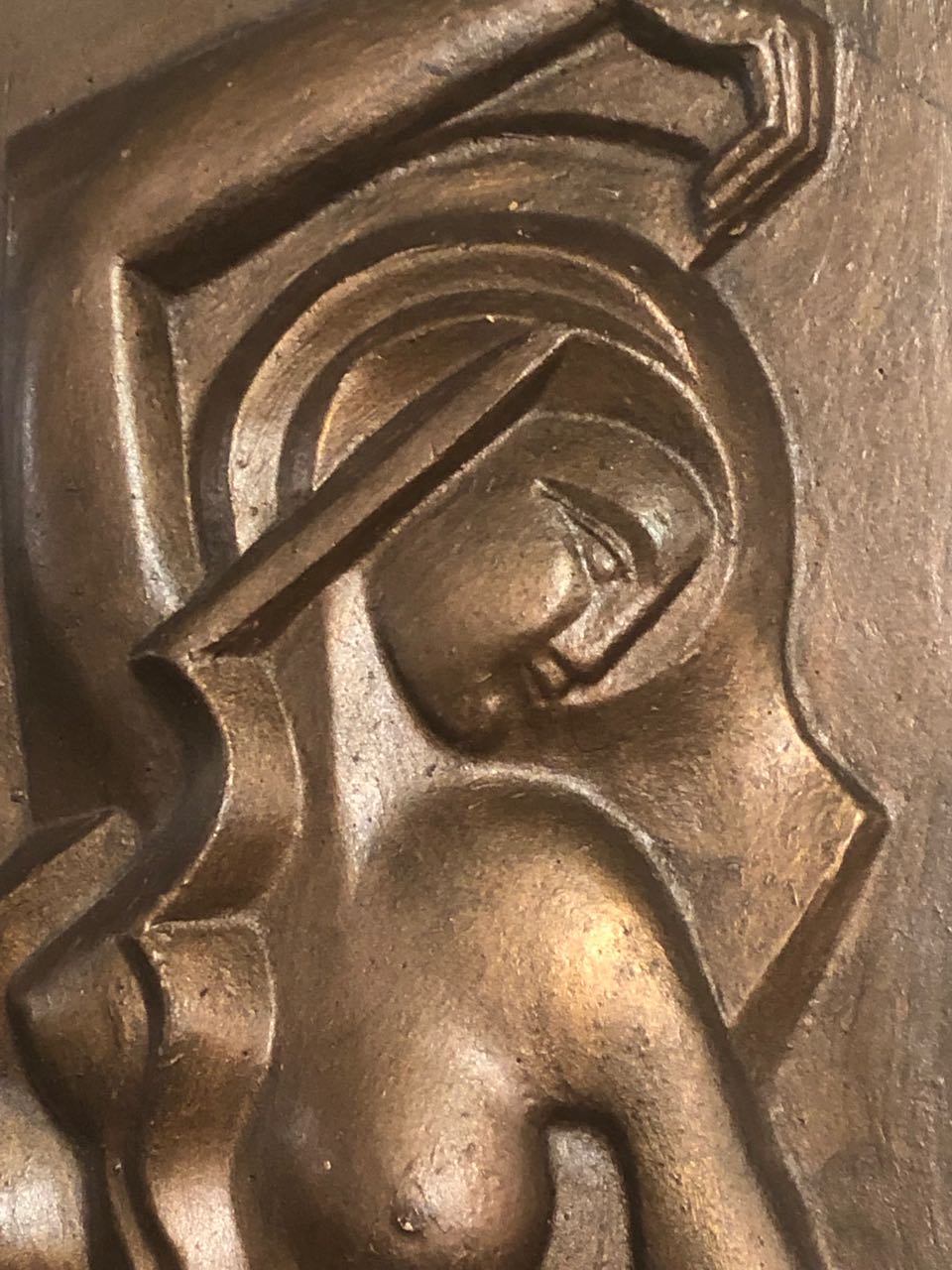 Original gypsum relief by Jan and Joel Martel. Image of a stylized cubist woman. Rare design which captures the Art Deco style conceived by the Martels as they developed their cubist style at such an early period of French artistic design. The hand-colored bronze patina, typical of this period showing this original custom design. Notice the wavy pattern not only in the relief rendering but also significantly displayed in the cover photo on the most important book outlining the works of Joel and Jan Martel. Circa 1925. 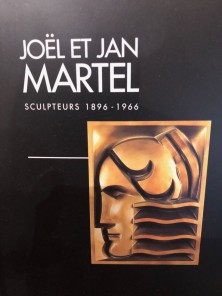 Jan and Joël Martel (5 April 1896 – 16 March 1966) were French sculptors. The twins were born in Nantes and were among the founding members of Union des Artistes Modernes (UAM). Their works include ornamental sculptures, statues, monuments and fountains displaying characteristics typical of the Art Deco and Cubist periods.

Sharing the same workshop, their jointly created works were co-signed simply Martel. The brothers took part in a number of Paris exhibitions including the Salon des Indépendants, Salon d’Automne, Salon des Tuileries and the Exposition des Arts Décoratifs in 1925, where their concrete trees featured in a collaboration with architect Robert Mallet-Stevens. In 1932, they created the Claude Debussymonument which sits on the boulevard Lannes in Paris. Between 1924-1926, Robert Mallet-Stevens designed a studio for the twins at 10 Rue Mallet-Stevens in Paris’ 16th arrondissement. The brothers died in 1966, about six months apart from each other, one as the result of a long illness and the other in an accident.

On 8 April 1945, before the war had actually ended, Antony became the first town to pay homage to its liberator by giving the name of Division-Leclerc to one of its streets. The Martel Brothers were selected to create a memorial in honour of Leclerc. The statue, at the time figurative and stylised, represents the hero marching away from the screen of the piece which maps the route of the military from 1941 until entry into Paris.