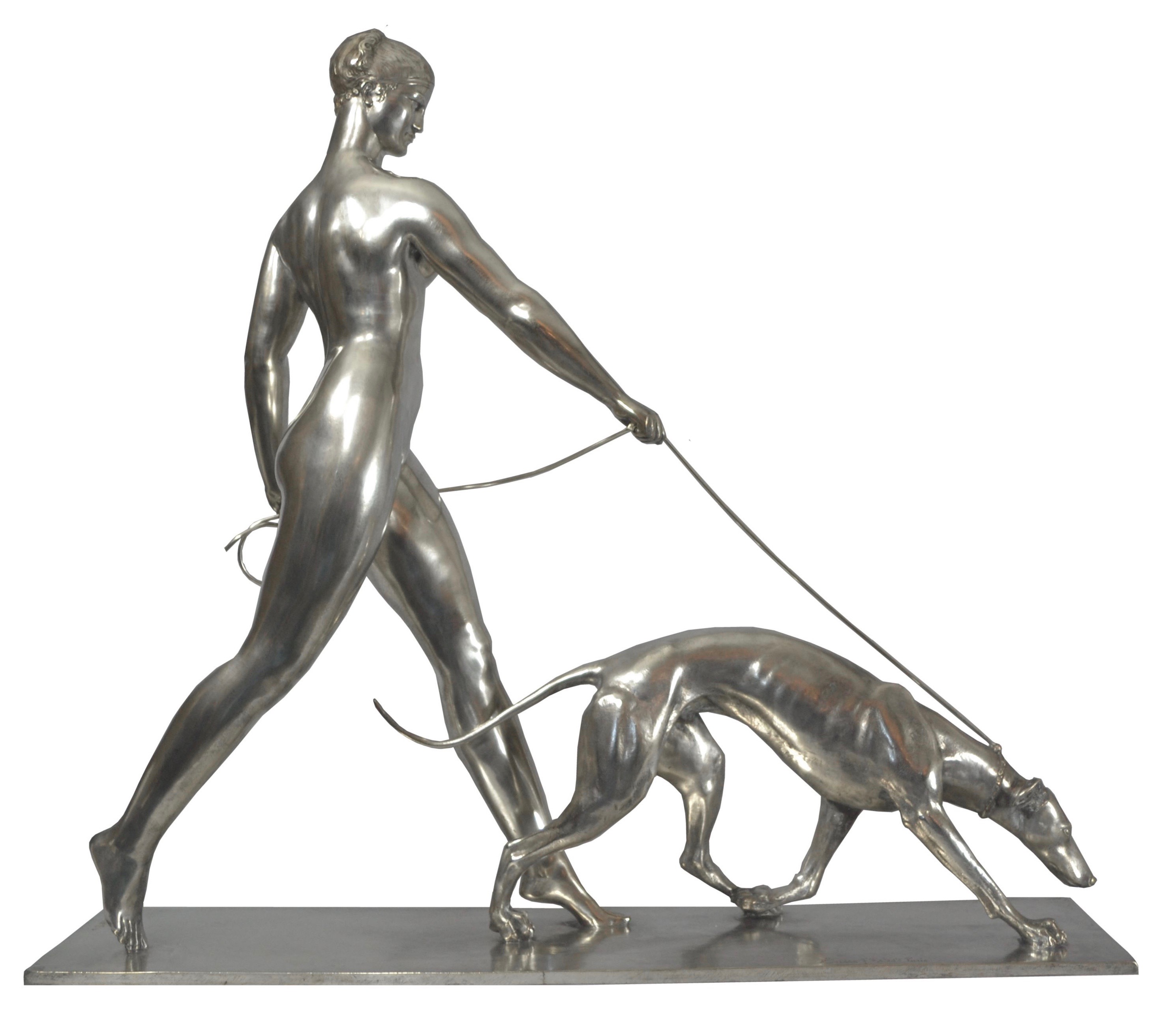 Femme au Levrier art deco statue by Raymond Leon Rivoire circa 1925. A most important iconic image depicting the goddess of hunting Artemis (or Diana in the Roman Mythology) and her greyhound dog. Beautifully sculpted bronze statue in  the most rare original silver plate. This is the largest size made for sale. I have only seen one in the last 20 years and never in silver/bronze finish. A larger version was originally installed on the French Ocean Liner The L’Atlantique.

This statue has great detail with exquisite deco styling. It is signed in 3 places, once on the front by the artist Rivoire, once on the back Susse Freres Editions Paris and a small foundry stamp as well. The condition is excellent, all original and a beauty to behold. Well documented with many international auction sales and depicted in important literature on art deco. 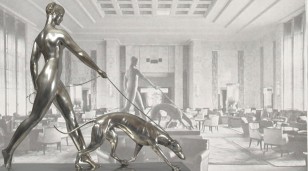 The large scale version of the statue offered here by Rivoire is displayed at the back of this Grand room on the French L’Atlantique liner.

Student of Injalbert at the Beaux-Arts in Paris, he exhibited at the Salon of French artists in 1905. He received a silver medal in 1921 and gold in 1929. He exhibited in France and abroad (London,Rome, Buenos Aires). He made a bronze for the Normandie Oceanliner representing Neptune pulled by a marine horse (this disappeared in the ship’s fire  in New York in 1942). There is a second copy which still adorns a fountain in Cannes. Another of his major works is Diana and the Greyhound, also known as Artemis. Like Normandie, a monumental copy of this statue was installed in the living room of the ocean liner L’Atlantique. Scattered remnants of the work were found during the demolition that followed this fire. Drawings can be found in several museums (Louvre Museum, Newark Museum of New Jersey, United States), as well as the Cusset Museum, which houses many of its productions.

He was appointed Knight of the Legion of Honor on December 29, 1932 and decorated January 13, 1933 by Jean Gautier, Deputy Director of the National Conservatory of Arts and Crafts. At the end of his life, he was a boarder at Ris-Orangis, the artists’ retirement home founded by Dranem.