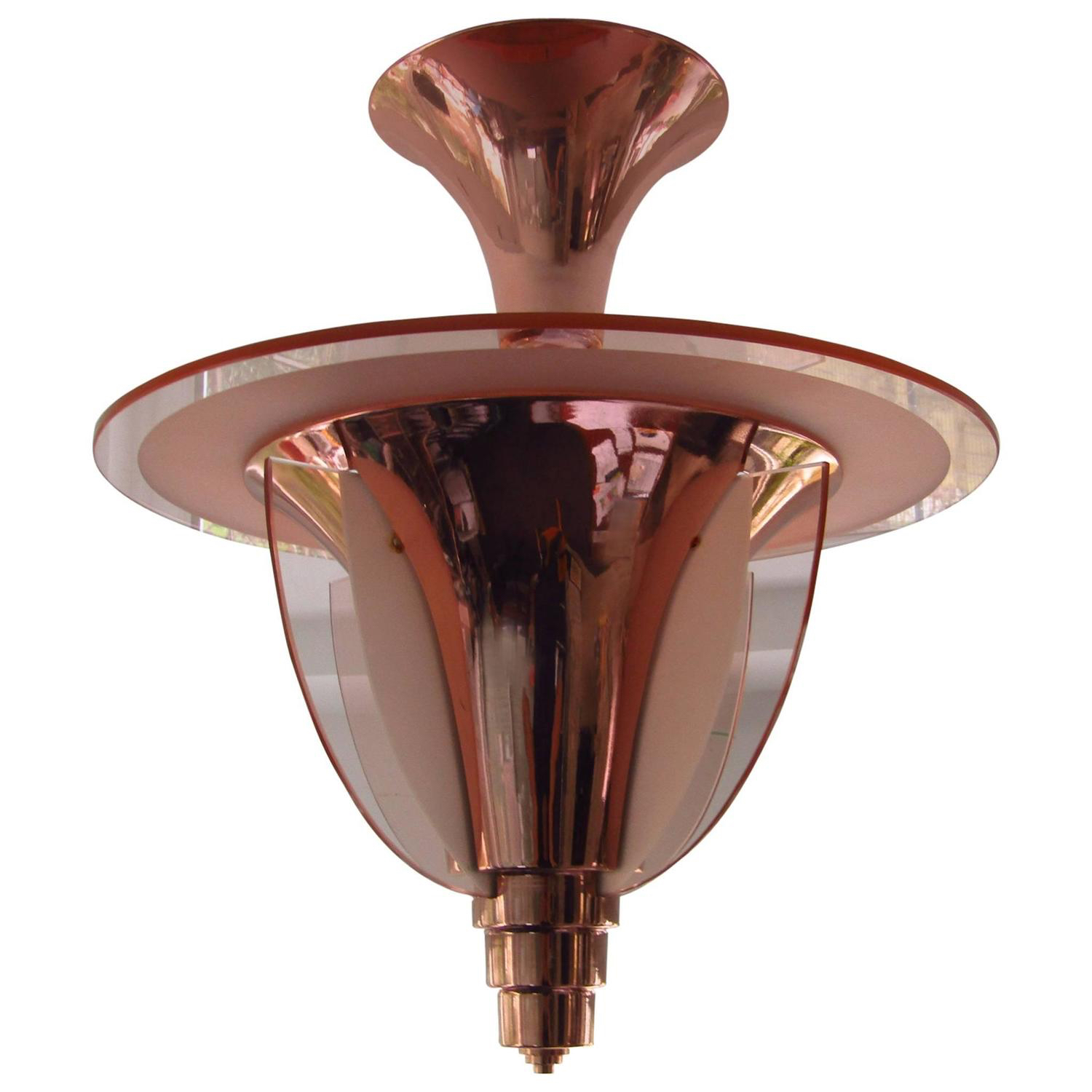 Art Deco chandelier by lamp manufacturer Petitot, France, 1935. Fully restored, new copper plating. All frosted glass original by French manufacturer St. Gobain. Documentation (see picture): Original Petitot advertisement from the 1930s. Note: Very rare with the original glass!  Spectacular, dynamic and streamlined, this light fixture by Henri Petitot is one of the finest examples of French Art Deco to be found. Fashioned of rich copper that pairs beautifully with the etched peach glass and with the unique “wings” of glass that allow the illumination to create an interesting effect where the metal and glass intersect. It is almost hard to believe that this was produced in 1930- the condition is so flawless and the style is ultra contemporary.

Here is a page from their catalogue of 1930 which showed a sconce that could be ordered in chrome or copper and with the “wings” of glass from Saint-Gobain company in a variety of colors. Atelier Petitot began with Antonin Petitot , the bronze artisan who founded his company in 1878. His son Henri took over the operation in 1917 and sold light fixtures in both a retail shop in Paris and through catalogues which distributed lamps not only in France but throughout Europe and even the United States. The metal work was really their forte, and they joined forces with the finest producers of glasswork in the 1930s including Muller, Sabino, Degue and Schneider.The glass is not always signed, as the arrangement made with Petitot allowed for them to privately label their designs.