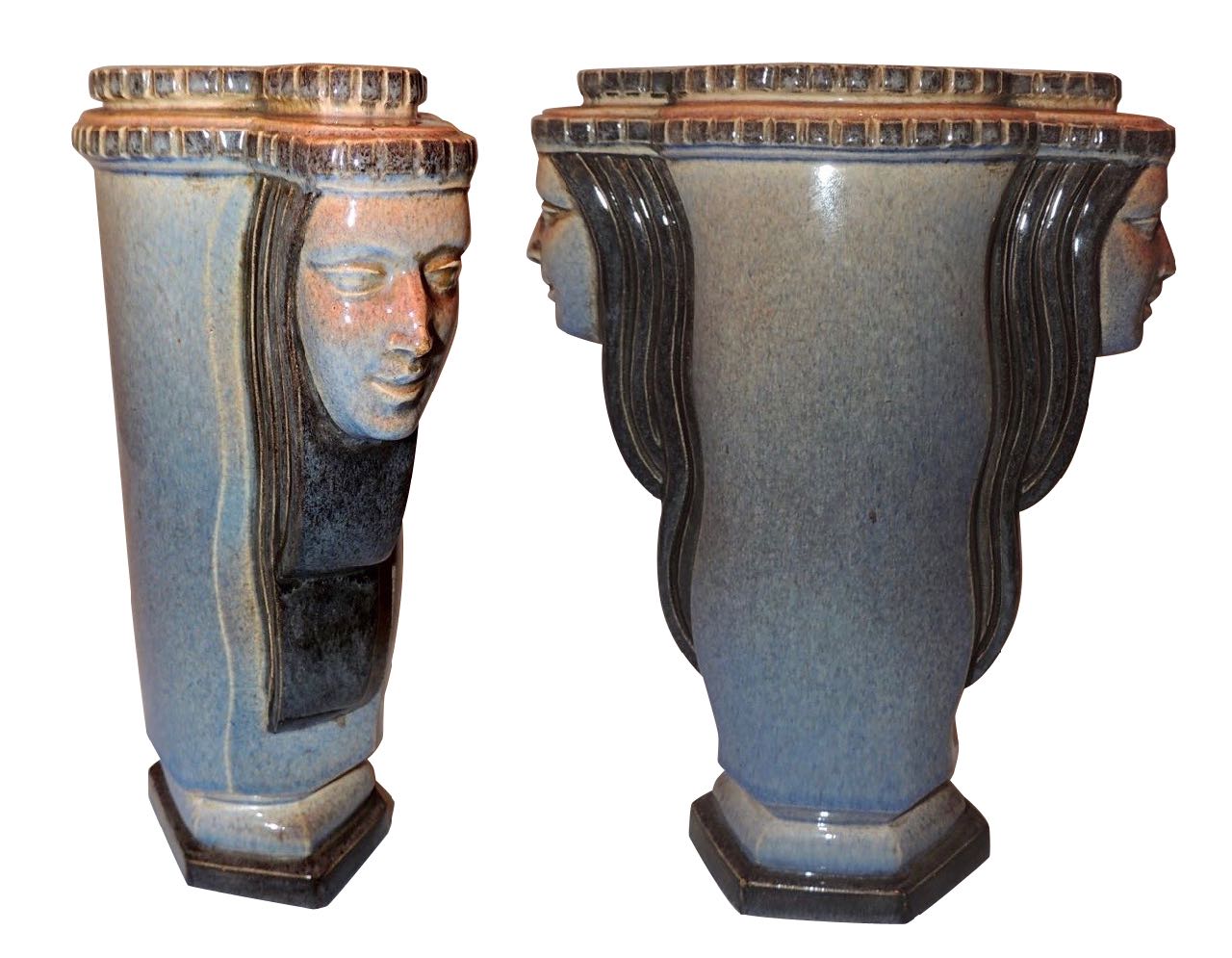 An exceptional Art Deco Vase with two sculpted faces by Marcel Felix Guillard and a lyrical and unusual shape in craquele ceramic.  Guillard worked with Andre Fau, another esteemed ceramicist from 1921-1926 which would have been the period during which this vase was made.

So much information is contained in the pressed stamp in the clay on the bottom: The name “Sevin” is a Turkish word for “Love Her” and “Rejoice”. The piece is marked with Guillard’s name, the country in which it was made (France) and the house for which it was produced ( Editions Etling – a company famed for art, pottery, lighting and glass work. 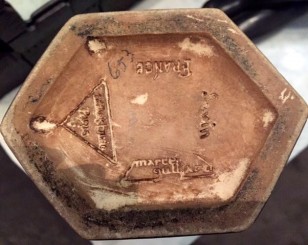 Guillard was born in 1896, studied and worked with tapestry and wallpaper before setting into the field about which he was most passionate:  ceramics.  His partnership with Andre Fau and the backing of the Etling house of design made the early 1920s his most prolific.

The material is a stoneware/earthenware, made ​​by mixing three types of earth covered in  enamel. Gillard and Fau  achieved recognition at  the Salon d’Automne of 1923 and also 1924 and created a series of objects not only for “art’s sake” but also for practical use such as bookends, ashtrays and lamp bases.